Abdim’s Stork is a bird of which I have strong memories from Bulawayo in the 1960’s and early 1970’s. Huge flocks of them would arrive during the summer months whenever the Intertropical Convergence Zone (ITCZ) shifted south from Central Africa bringing rain to Zimbabwe. 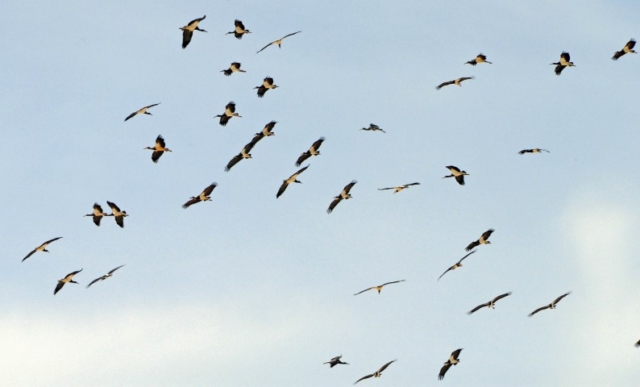 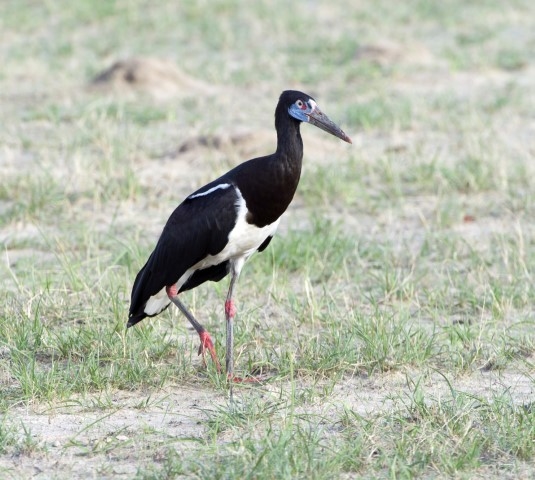 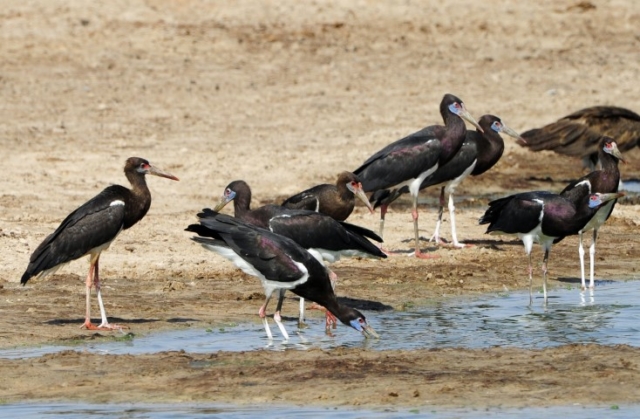 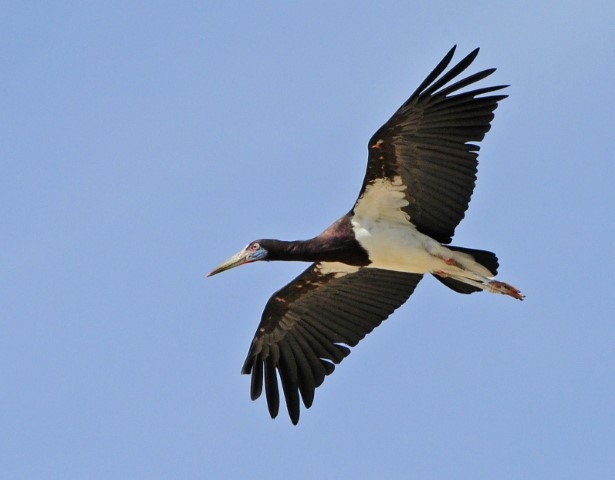 Their numbers got even greater whenever there was an outbreak of army worm on the school playing fields. I used to watch them at break-time as they scoured the fields in their hundreds picking off the caterpillars that were destroying the grass fields.

Trying to remember numbers accurately from 50 years later is an exercise fraught with hazard but I recall huge flocks circling over Bulawayo –  several “kettles” of them circling on the thermals at any one time with each kettle containing a hundred or more storks.  I have not seen them again in those numbers anywhere in Southern Africa since then.

I had an unexpected encounter with Abdim’s Stork in the course of my career as a mining journalist.  In about 2001 AngloGold invited a number of journalists to Mali for the official opening of the Morila gold mine.

After the plane took off from Johannesburg the AngloGold public relations staff handed out the press kit on which was printed Morila’s logo.  It was obviously some kind of bird – heron, crane or stork –  but the logo was so stylised that it was impossible to tell the species.

So I asked the PR lady what  bird was represented by the logo. She had no idea but she checked with the PR manager who also did not know..  They assured me the divisional general manager whom we would meet in Bamako – the capital of Mali – would know.

But that night –  at the hotel where we were all staying –  I bumped into then  AngloGold CEO Bobby Godsell.  Did he know what bird the logo represented I immediately asked him.

“Of course not, I’m the CEO” was his reply. So I told him that at tomorrow’s media briefing my  first question would be that one.  Who cared about the economic implications of the new mine for Mali or AngloGold?

Godsell took it seriously and found out. He referred to my query in his speech and told us the logo was, in fact, Abdim’s Stork which had been chosen after consultation with the local communities who viewed it as an omen of good luck because it bred there during good rainy seasons.

The then Malian president – whose name I have long since forgotten –  gave a speech stressing the strong economic and cultural ties between his country and South Africa – where AngloGold was headquartered. We were as one he declared.

What a pity none of the “powers that be” had fully understood the symbolism of the Morila logo that they had chosen  –  a bird that directly linked both countries because, when Abdim’s Stork finishes breeding in Mali and other West African countries,  it migrates south to South Africa and neighbouring countries.