I like to think of the Red-crested Korhaan as the “Bushveld  regimental sergeant major “ or “RSM”    because of its trademark “get on parade” act standing bolt-upright at attention as it belts out its distinctive call from a wide-open gullet and leather neck. 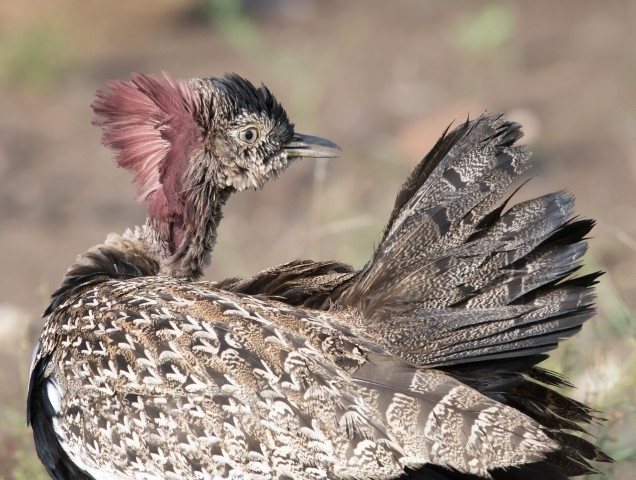 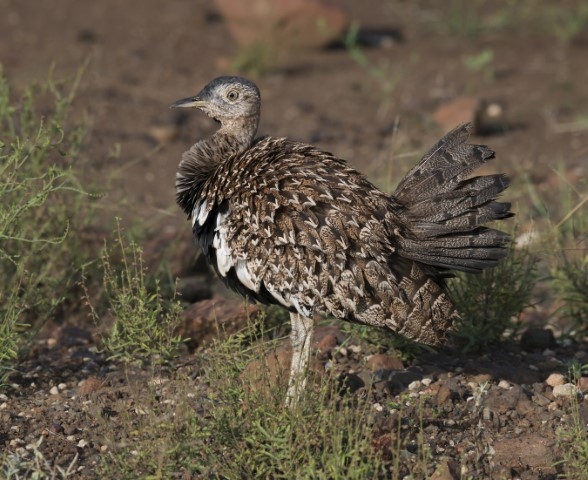 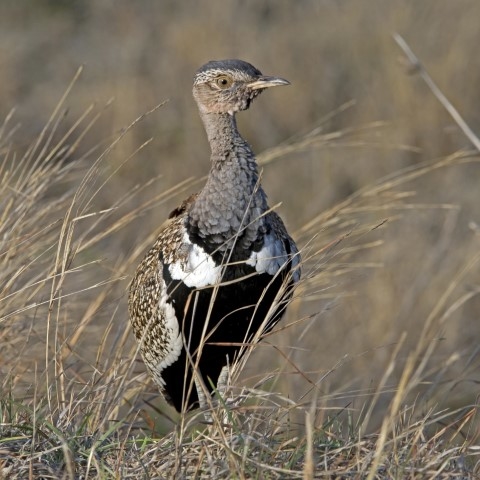 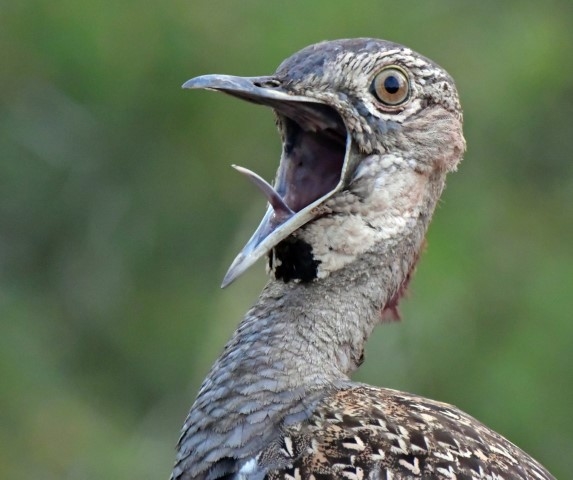 It’s one of the commoner bushveld birds and one that no hard-core birder pays much  attention to but I wonder how many of them have actually seen one displaying its crest? The field guides comment this happens very seldom and they are right.

I have seen a Red-crested Korhaan spreading its crest just once in some 50 years of birding and that happened when the bird was preening and not actually displaying.

I found it by the edge of a road near Olifants camp in the Kruger in perfect light and the bird allowed a close approach.  So I set up and waited – and waited, and waited and waited –   while the bird strutted its stuff  but   after half an hour there was still no sign of that crest.

Then the korhaan started to preen.  It cocked its tail and the crest was flashed out for a split second as the bird stuck its beak into the base of its tail but then closed it down almost immediately.

And that was it.  The bird finished preening; did its RSM act a few more times and finally sauntered off into the bush.

So next  up is something less challenging – like photographing Barred long-tailed cuckoo.