Leopards? – Oom Schalk Lourens said – Oh, yes, there are two varieties on this side of the Limpopo.  The chief difference between them is that the one kind of leopard has got a few more spots on it than the other kind. But when you meet a leopard in the veld, unexpectedly, you seldom trouble to count its spots to find out what kind he belongs to. That is unnecessary. Because whatever kind of leopard it is that you come across in this way, you only do the one kind of running. And that is the fastest kind.

“In the Withaak’s Shade” from “ Mafeking Road”   by Herman Charles Bosman. 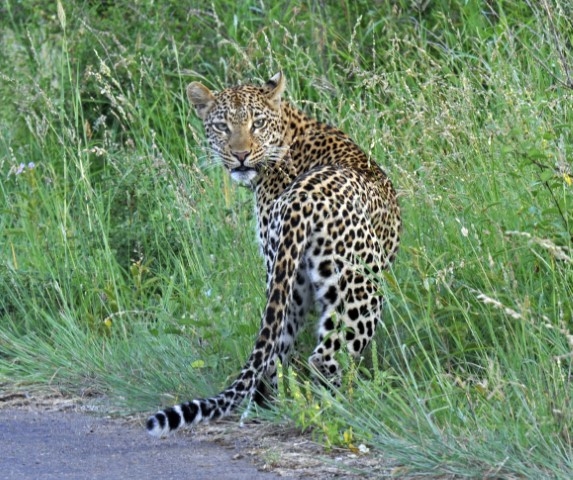 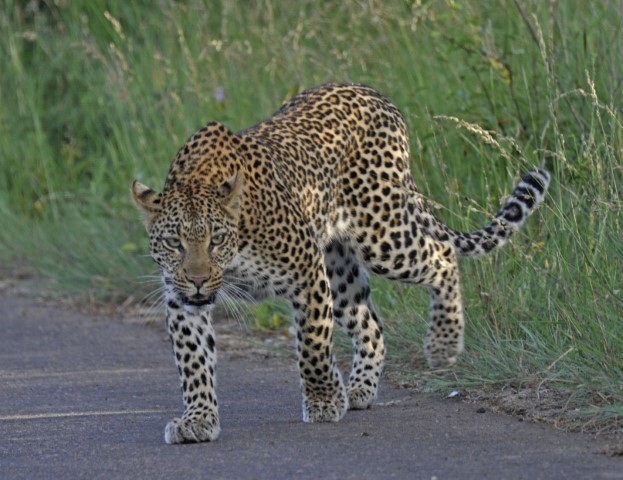 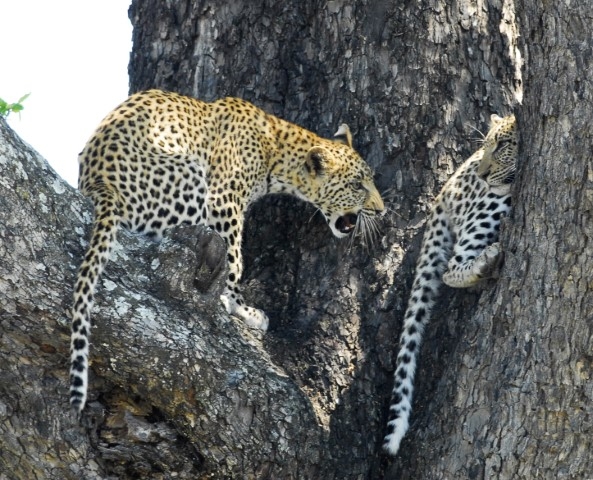 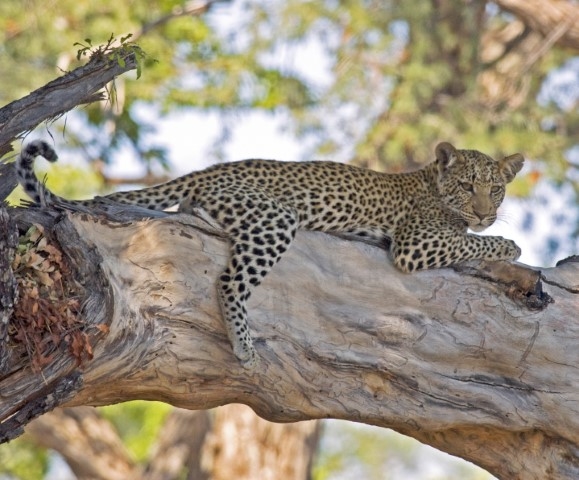 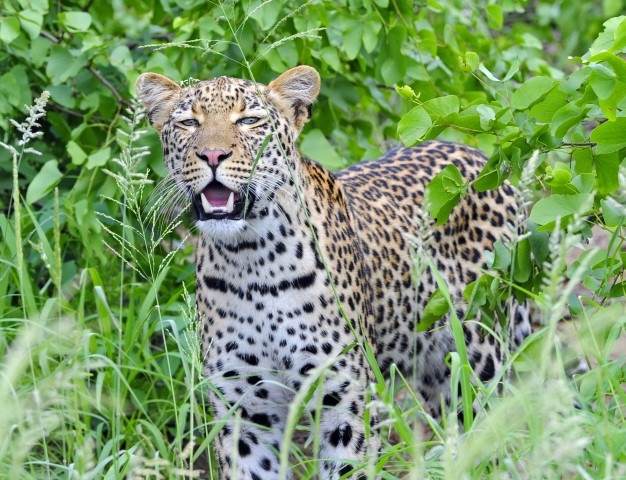 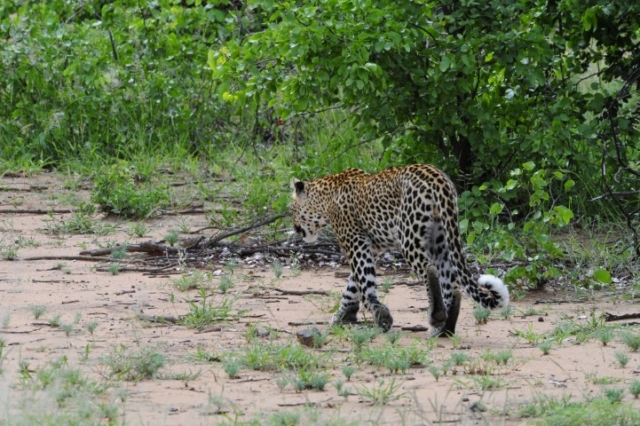 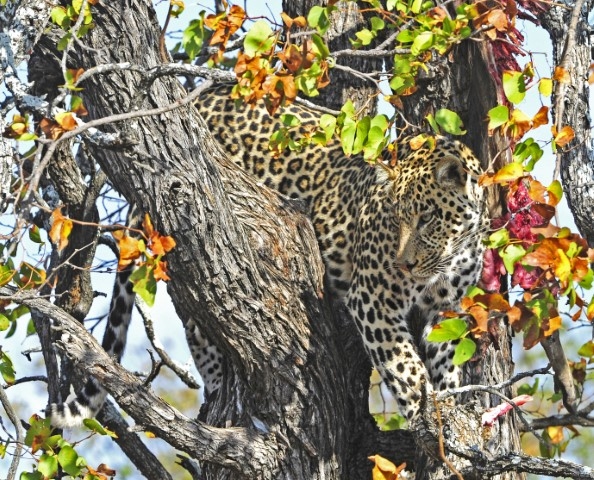 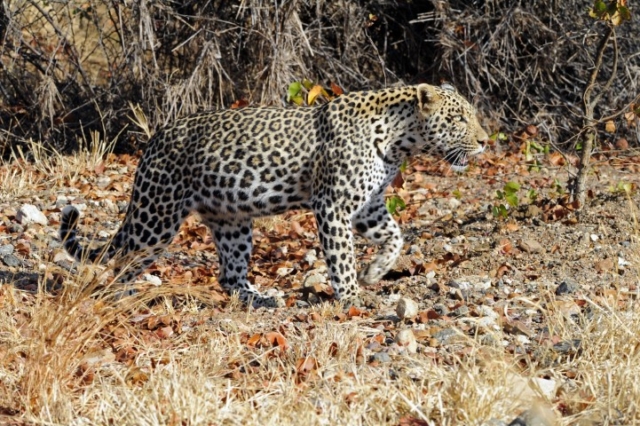 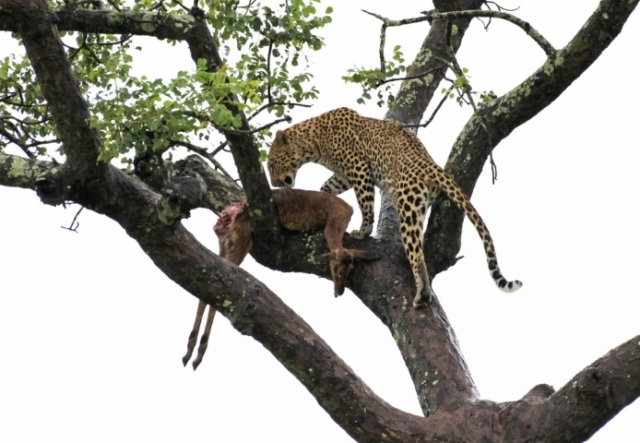 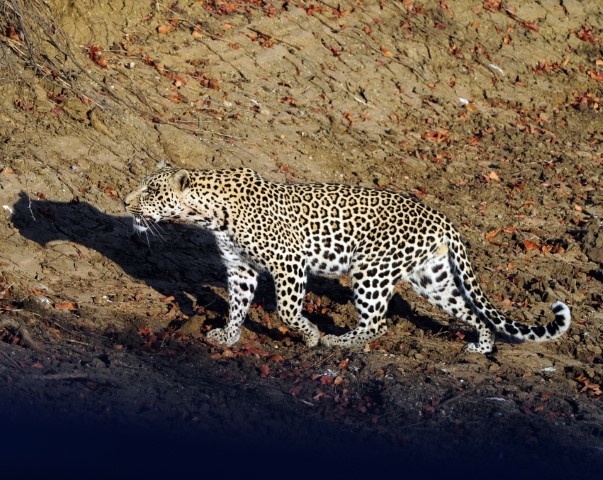 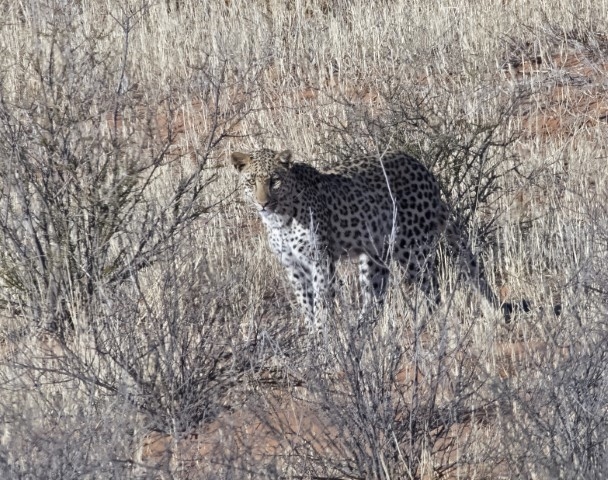 I have only once encountered leopard on foot unexpectedly in the bush and, fortunately, it was the leopard that took off before I had time to react but the incident is burned into my memory.

I was working my way down an extensive donga system on Breslau Game Farm in the far north of Limpopo Province when I got this strange sensation in the back of my neck.  I looked around to find  a leopard watching me from the edge of the donga about 30 metres back – sitting bolt upright and looking for all the world like a giant, spotted Siamese cat.  The leopard vanished the instant it realised I had spotted it.

That was some 20 years ago and – up until then, in fact up until maybe five years ago – my encounters with leopard had been frustratingly few and far between.   It seemed everybody was seeing leopard in the Kruger National Park except me.

All I got to see were “tatty” lions which I found extremely frustrating because they invariably caused a traffic jam of vehicles full of people apparently prepared to spend hours watching lion flopped out in the shade doing precisely nothing.

It’s only recently that birdwatching has become  more accepted –  almost mainstream –   in the Kruger.   Once, years ago – when I was photographing a bird in the Kruger with a 500mm lens stuck out the window – two cars pulled in next to me and the occupants starting scouring the bush in the direction that my lens was pointed.

Eventually, the one driver called across to me  “maar, waar is die leeu?”.  I quite enjoyed the  look of total disgust he gave me when I told him I was photographing that “little brown job” in the bush just over there.

My luck finally changed around five years ago and I started to get the kind of leopard pix that I had always dreamed of.  Better late than never!