Encountering big tuskers has to be one of the most exciting bush experiences and, fortunately, there are still a number of them left in the Kruger National Park but my first encounter with an elephant carrying serious ivory was in the Matusadona National Park on the southern shores of Lake Kariba in Zimbabwe. 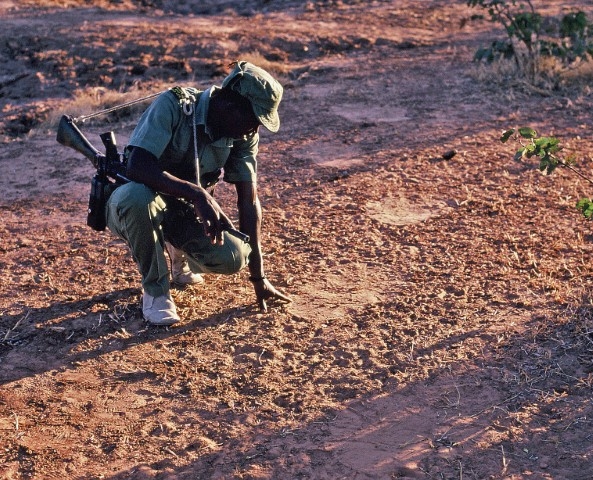 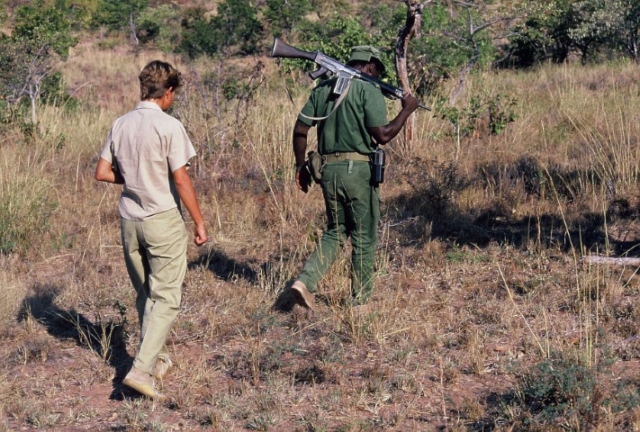 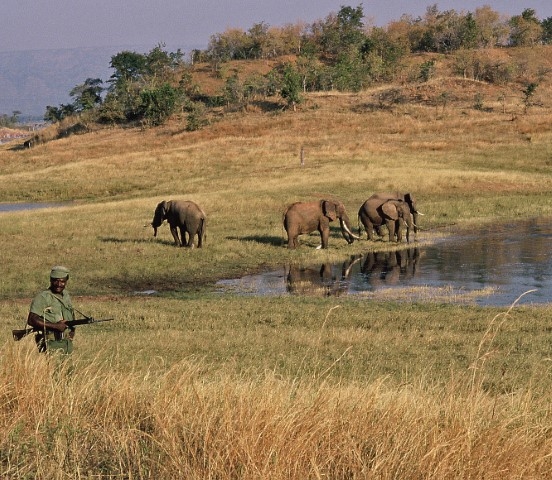 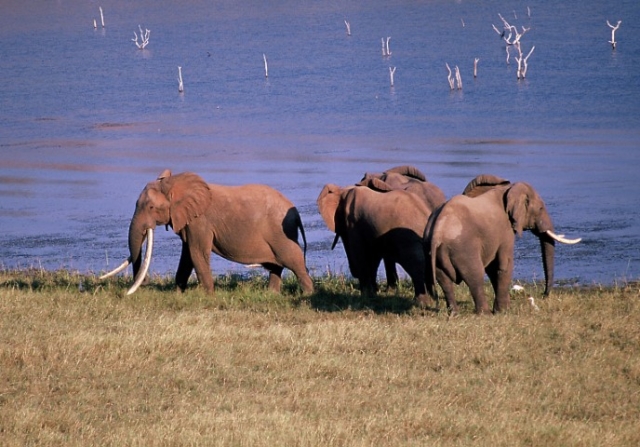 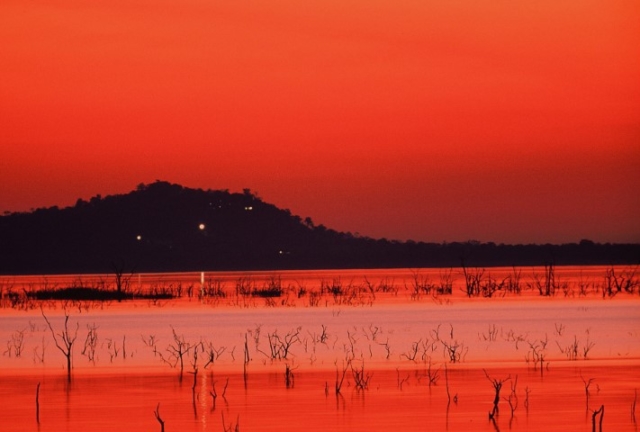 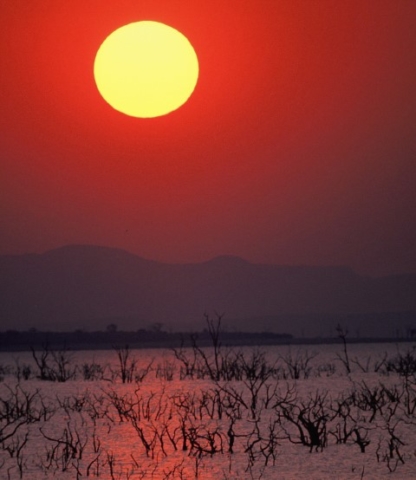 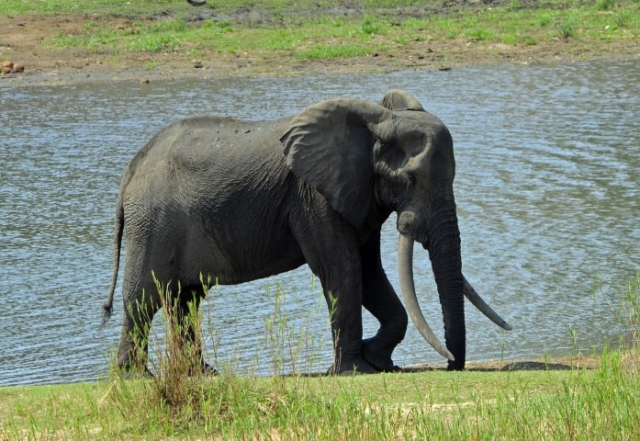 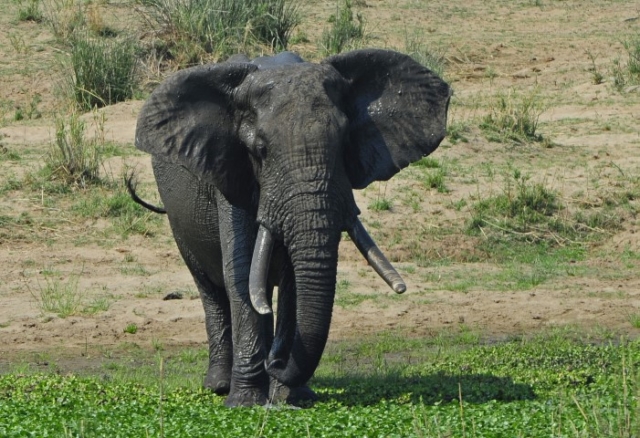 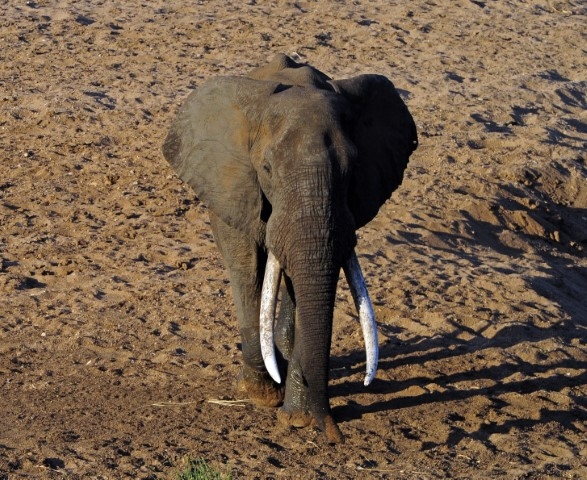 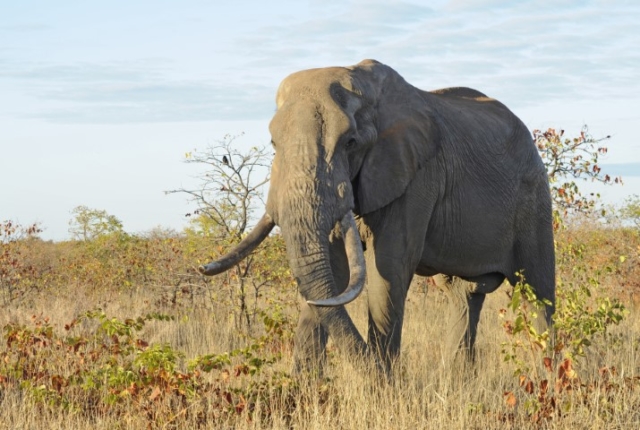 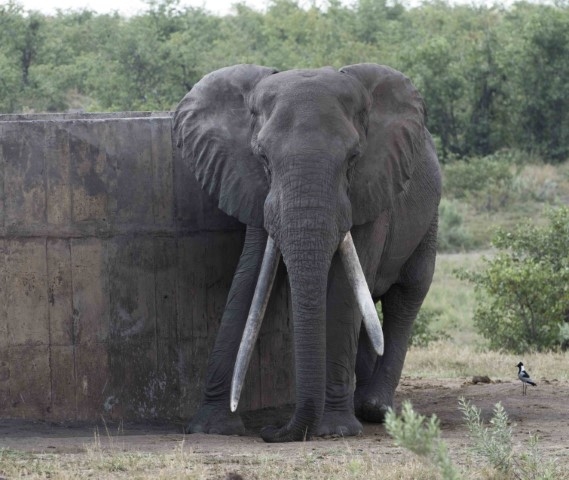 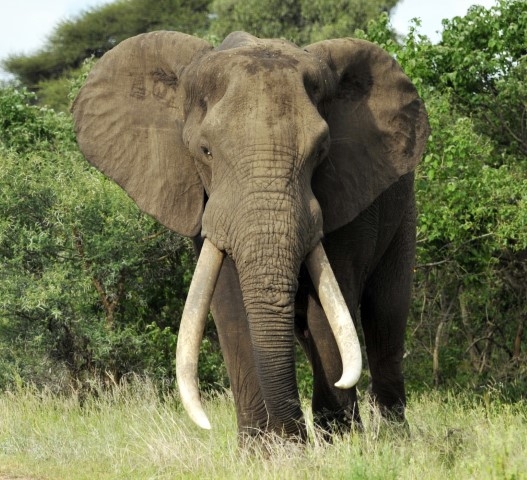 That was an elephant known as the “Chura bull” and he was famous at the time because he stuck to a home range close to Tashinga camp in Matusadona  while there was a Zimbabwe parks ranger – whose name  I confess I have forgotten  – but who was widely known as “Sergeant Chura” because of his repeated success in tracking down the Chura bull on foot.

In 1990 we camped at Tashinga for a few weeks and booked Sergeant Chura to take us in close to the Chura bull.  The first outing was an education not just in tracking but on how to read the bush and just how easily an amateur can get into big trouble.

We found the bull easily enough but he was in thick bush just back from the grasslands at the edge of Lake Kariba – which at that time was at historically low levels –  and he was accompanied by two “askaris”  –  younger elephant bulls often found tagging along apparently as “minders” to an old bull like this one.

They eventually went over the last ridge back from the lake and disappeared from sight.  We were located on a second ridge some 150m further back but Sergeant Chura would not let us move to follow the elephant.

We waited nearly 30 minutes – with me getting increasingly restless because I wanted to get after those elephant to take what I knew would be great photos of them drinking at the edge of the lake  – and then it became crystal clear why Sergeant Chura had held back.

A third askari – which had remained unseen until then – suddenly appeared out of the bush and followed the others over the ridge to the lake.  He had been waiting in ambush on the tracks of the others.

He could not have known we were there because we were well back and correctly positioned for the wind. Neither had Sergeant Chura seen that bull before it showed itself –   maybe he knew there should be three askaris and not just two –  from previous encounters:  he offered no explanation  –   but it was thanks to his bush experience that we did not walk into that ambush.

I got my pix and on a subsequent outing got within 25 metres of the Chura bull as Sergeant Chura brought us in really close under ideal conditions.  Sadly, the Chura bull was killed in a fight with another elephant the following year.

Turning to South Africa’s tuskers  –  I never saw any of the original Kruger Park “magnificent seven”  from the 1970’s and 80’s  whose ivory and skulls are now on display in the dedicated museum at Letaba camp.

But, from about five years back,  I started to encounter a number of the big bulls that are still to be found in the Kruger –  usually in September/October at the end of the  winter season when they had to come to various known watering points as all the other water in the bush had dried up.