It’s a sight that  has always stopped me in my tracks whenever I have witnessed it  –   a winged “master of the universe”  such as a Martial or Tawny Eagle or a Bateleur flies past majestically overhead –   being harried by a Fork-tailed Drongo. 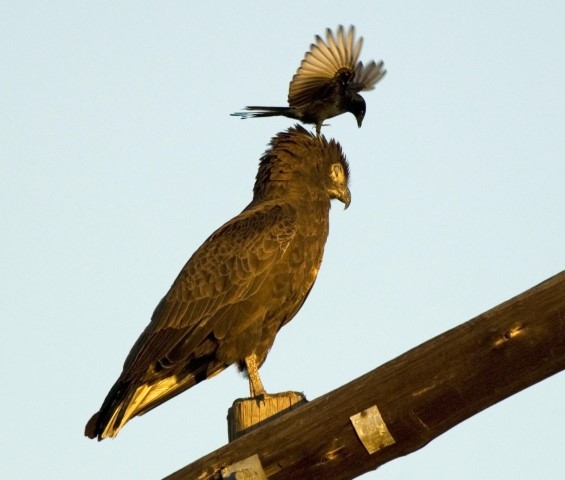 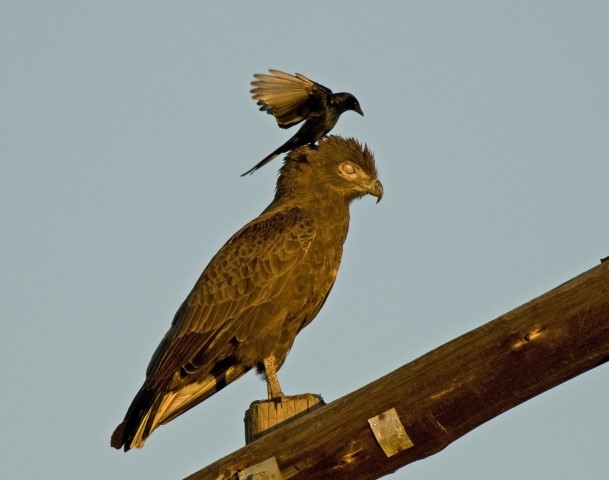 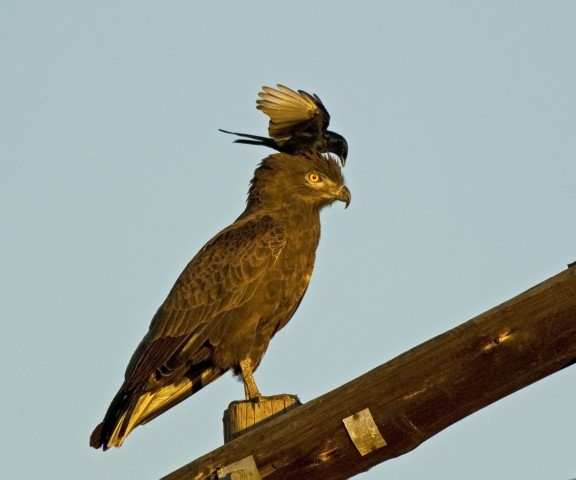 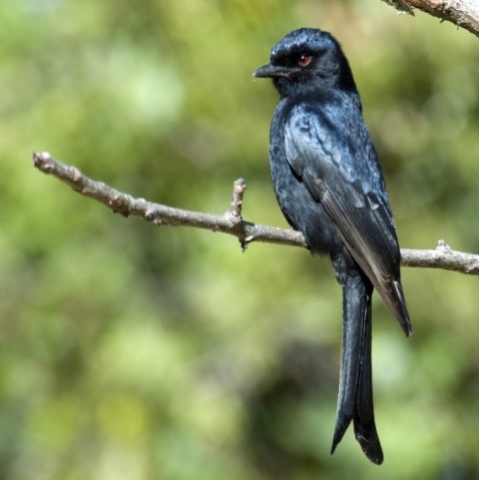 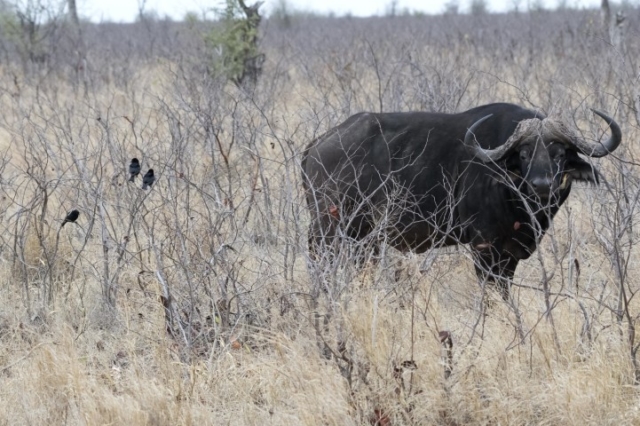 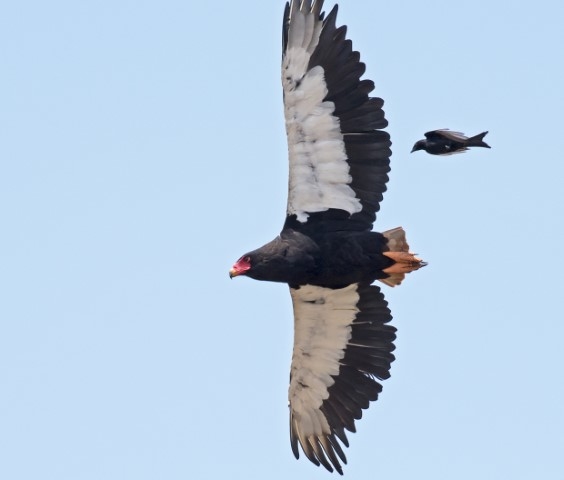 Drongos appear to be fearless. They do not take uphill from any raptor and clearly resent them intruding on their home territories.  The ultimate was an incident I photographed near Mapungubwe National Park in Limpopo Province where a Fork-tailed Drongo actually landed on the head of a perched Brown Snake Eagle and proceeded to whack away at it.

I have seen similar photographs involving another species of drongo from South-East Asia climbing into one of their raptors so it must be something in the genes of the family.

They are hyperactive. Whenever you find a group birds “mobbing”  a snake or owl during the day there will be a Fork-tailed Drongo in the centre of the action. In the  heat of the middle of the day when most birds – and sensible birders – knock off for a few hours you will find them on the edge of a herd of buffalo waiting to snap up any insects disturbed by their passage.

They are also usually one of the first birds up and about in the morning and they are one of the last to knock off in the evening.

As a friend wryly remarked –  after seeing the attached pics of the drongo having a go at the Brown Snake Eagle  – “there’s a drongo in everybody’s life.”